Economic and Industrial Reform in Lithuania, Latvia and Estonia

What happened to Lithuania, Latvia and Estonia on their way from socialist Soviet Republics to European capitalist market economies? This book tries […] 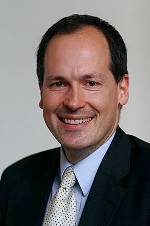 What happened to Lithuania, Latvia and Estonia on their way from socialist Soviet Republics to European capitalist market economies?
This book tries to answer this difficult question through a comprehensive coverage of economic and industrial reforms in the Baltic countries. Though small in size and population, the three have recovered their strategic position on the interface between Russia and Western Europe. As candidates for EU- and NATO-membership, Lithuania, Latvia and Estonia have become new neighbors in more than one sense, not only for Central Europe, but for Western Europe as well.
Just like in the rest of Central and Eastern Europe, there was no way to avoid the radical break between Soviet socialism and post-socialism, i.e. the emergence of a capitalist market economy. In macroeconomic terms, the Baltic countries have moved from depression to rapid growth within five years. The real difficulties consisted – and still consist – in structural reforms, on the enterprise level, on the level of newly emerging networks, and on the institutional surrounding: the science&technology system, competition policy, banking and financial institutions.
This book presents the result of an expert study financed by the European Commission, and conducted jointly by Lithuanian, Latvian, Estonian, British and French institutions. Based upon on-site research, it covers macro- and industrial reforms as well as case studies of selected branches and enterprises. The reader gets a comprehensive overview of the unique first post-socialist years of the Baltic economies, and the conditions of development of our new neighbors.
Christian von Hirschhausen was, at the time of writing, researcher at the Centre for Industrial Economics (CERNA) at the Ecole des Mines de Paris. He is now senior researcher at DIW-German Institute for Economic Research (Berlin) and member of the German Group of Advisors to the Government of Ukraine (Kyiv).
The Centre for Industrial Economics (CERNA) at the Paris School of Mines deals with the processes by which enterprises and markets operate, and the role played by the state therein. As practiced at CERNA, industrial economics involves an inductive approach; research is mainly based on surveys and case studies conducted with companies. The current volume was developed in the division State, Post-Socialism, Capitalism and Industry, created right after the fall of the Berlin wall in 1989.